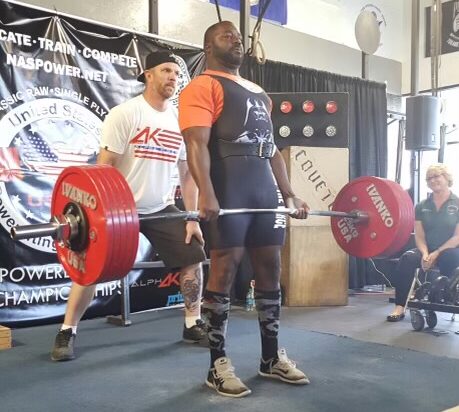 Powerlifting is a strength sport that consists of three attempts at maximal weight on three lifts: squat, bench press, and deadlift. As in the sport of Olympic weightlifting, it involves the athlete attempting a maximal weight single-lift effort of a barbell loaded with weight plates.

In competition, lifts may be performed equipped or un-equipped (typically referred to as ‘classic’ or ‘raw’ lifting in the IPF specifically). Equipment in this context refers to a supportive bench shirt or squat/deadlift suit or briefs. In some federations, knee wraps are permitted in the equipped but not un-equipped division; in others, they may be used in both equipped and un-equipped lifting.

Competitions take place across the world. Powerlifting has been a Paralympic sport (bench press only) since 1984 and, under the IPF, is also a World Games sport. Local, national and international competitions have also been sanctioned by other federations operating independently of the IPF.

Small group training is for athletes with experience powerlifting and who want to get stronger and improve overall technical proficiency in the squat, bench press, deadlift, and supplementary lifts. You will receive club programming and coaching during Small Group Training hours. Competing is encouraged but not required. All athletes must first be evaluated to confirm a requisite level of technical proficiency in the squat, bench press, and deadlift.

If you are new to powerlifting, this option is for you! We will teach you the fundamentals of powerlifting through 3 private sessions followed by 1 month of unlimited small group training.

Students currently enrolled in a college degree program are eligible to receive a reduced membership to join our team. This includes access to unlimited small group training times, open gym hours, programming, competition prep and event coaching. You must be between the ages of 17 and 24 and sign up for competitions when instructed by your coach.

If you would like to join our team, but do not live close enough to the gym to train with us regularly, we offer remote coaching for athletes anywhere in the world with access to powerlifting equipment. Our remote coaching includes regular video review and feedback, drop-ins at our facility up to twice per month, and competition prep and coaching at events where Barbarian Barbell coaches are in attendance. You must possess a requisite level of technical proficiency in the squat, bench press, and deadlift to join our remote team.

We also provide a programming-only option.

Fill out the form and schedule a tour

Fill out the form for membership info

Fill out the form and Schedule a tour